Skip to main content
Our World / What's happening / All-Season vs. Winter Tires: The Differences of a Cold Climate Tire

Winter is just around the corner, and if you’re in a cold-weather area that sees snow and ice, you’ll want to change over to a winter tire for maximum traction and safety before the temperatures drop to freezing. You may wonder why a winter tire would be a better choice when you are already riding on an all-season tire with an M+S (mud & snow) rating, but there are clear differences between an all-season tire and a winter tire. The best tire in winter (or winter-like) conditions will always be a winter tire.

“All-season” is a general term given to a tire designed for all-year-round longevity. This jack-of-all-trades design means it performs adequately but is not the best choice in summer nor winter conditions. Unfortunately, the term “all-season” is too broad of a term that cover a wide variety of tires with a wide variety of attributes. For example: All-terrain tires available for trucks and SUVs are considered “all-season” tires. But all-season tires can vary in tread compound hardness, siping, and tread voids. That means that some all-season tires will excel in the summer and perform poorly in the winter, while some all-seasons will perform better in winter.

A winter tire is a dedicated tire meant to run at temperatures 45 degrees Fahrenheit and lower. It has a specific tread compound designed to perform in cold temperatures on snow, ice, in rain, and also on dry pavement. Winter tires are available for cars, trucks, and SUVs, and are always the best choice for a winter-driven passenger vehicle when taking comfort, traction, ride, and safety into account. Winter tires should always be added to a vehicle in a full set of four and never just two on the driving axle.

There are definite compound differences between a winter tire and an all-season tire.

While an all-season tire will get you through the winter with decent traction on snow and ice, a winter tire has a specific (almost always softer) compound designed to remain pliable and enhance traction in cold climates. These same compound traits make a winter tire a poor choice to run during the summer. Conversely, in higher temperatures, the winter tire compound becomes even softer and distortion in the tread area can result in poor handling and rapid tire wear.

Tire siping improves traction on slippery surfaces such as rain, snow, and ice. Every sipe on a tire gives a biting edge for traction. The more sipes, the more biting edges. And winter tires tend to have more siping than all-season tires. But siping also allows for more tread squirm, reducing handling ability (cornering stability) due to the added flexibility thanks to the siping. As a trade-off, some all-season tires will have more siping but with a harder tread compound to reduce distortion. Other all-season tires will have less siping with a softer compound. A good winter tire has a balance of siping and tread compound that allows it to excel in rain, snow, and ice.

Tread depth remains somewhat standard on most passenger car tires—winter, summer, or all-season—with somewhere between 9/32 and 12/32s of tread depth when new. Generally speaking, a deeper tread depth gives better traction in softer conditions like unpacked snow or mud. But too much tread depth can result in tread squirm on hard pavement. On packed snow, ice, or in rain, a tread depth of 4/32 will still provide an adequately safe and smooth ride.

On a sidenote, tire replacement should be planned in the near future when tires reach 4/32 of tread depth.

All-season tires are made to be driven on all year round, thus the “all-season” name. This is the obvious attraction of the all-season tire. Winter tires are seasonal tires that are supposed to come off the vehicle and go back into storage during the summer. On a daily driver, you will likely get about three seasons out of your winter tires—not due to age and tread hardening, but due to tread wear caused by normal driving.

When installing previously-used winter tires, ask your tire installer to check if there is less than 5/32s of tread depth on the tires. If so, you’ll likely need to purchase new tires before the end of the winter season, and you would actually end up saving money by purchasing new winter tires now and only paying for one mount-and-balance job (as opposed to paying twice: Once for mounting the old winter tires, and then again when purchasing new tires later in the winter season).

Tire pressures do not change between equivalent-sized winter and all-season tires on the same vehicle. Tire pressure should be dictated by the vehicle placard, usually found in the driver door jam.

The ride comfort is going to depend largely on tire carcass construction and tread compound. Construction of winter tires are designed for winter attributes. That being said, there are not large differences between all-season and winter tire construction, but there are compound differences. A winter tire’s winter-specific compound can create a smoother riding experience for passengers in cold climates. A studded winter tire can offer a bumpy ride as the studs come in contact with hard surfaces. The smoothest riding tire in cold climates will be a premium studless winter tire. 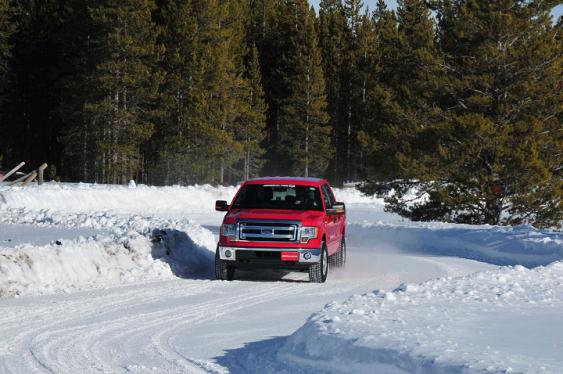 Winter tires are made for passenger cars, light trucks, and SUVs. A winter tire is designed for packed snow and ice that is found on roadways in North America. For deep, loose snow, you would want to refer your customer to an “off-road” type tire with larger tread voids and deeper tread depths. Be advised (and advise your customers) that an off-road tire is an all-season tire, and will not perform as well as a winter tire on ice or packed snow (often found on roadways). 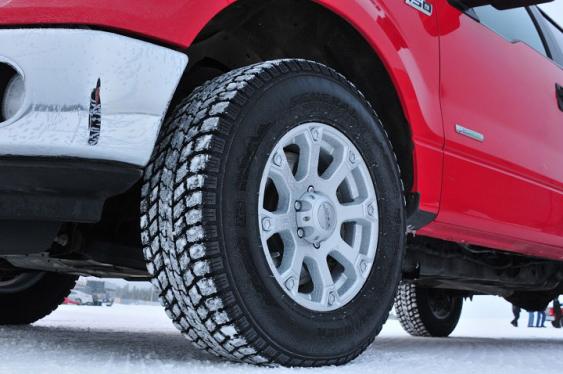 While many light trucks are already outfitted with all-season tires, they will further benefit by adding a set of winter-specific tires when the temperatures dip below 45 degrees. 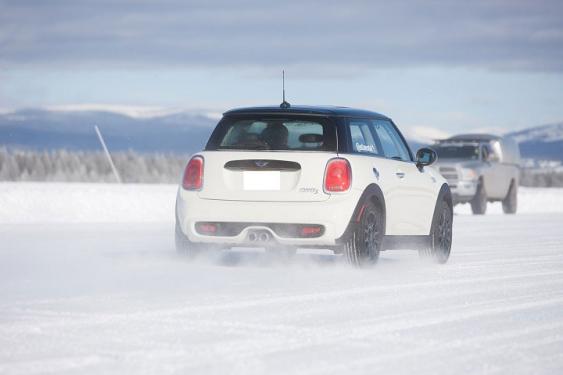 No matter if the car is a rear-wheel-drive, front-wheel-drive, or all-wheel drive, it will benefit from the use of a full set of winter tires in the snow. It is never recommended to only run a pair of winter tires on the driving axle. Instead, all four tires should be changed over to winter driving tires if doing so. 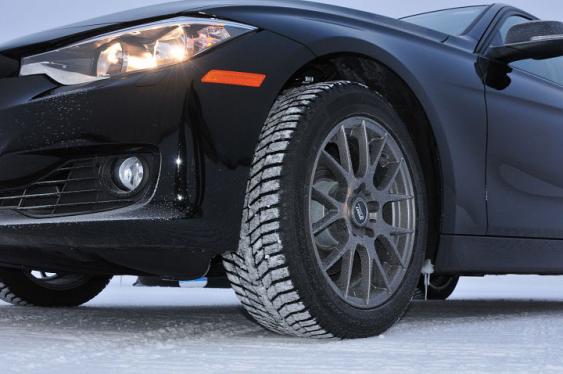 Tire siping gives better traction in wet, snowy, and icy conditions, but too much siping will increase tread movement at the contact patch. To compensate for lots of siping, tire manufacturers can increase the compound hardness to inhibit tread squirm, but too hard of a compound will not be as good in cold weather (snow and ice). 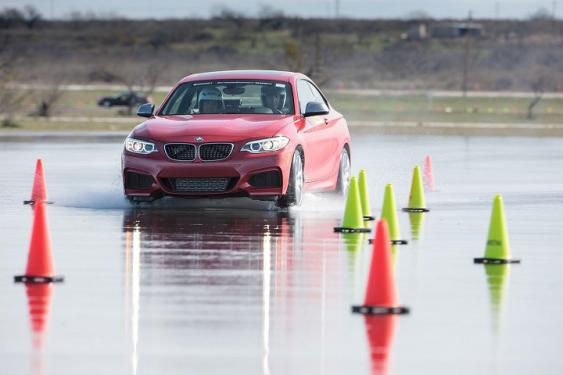 A tire with a lot of siping and a harder tread compound would likely excel in rain but not so much in snow and ice. 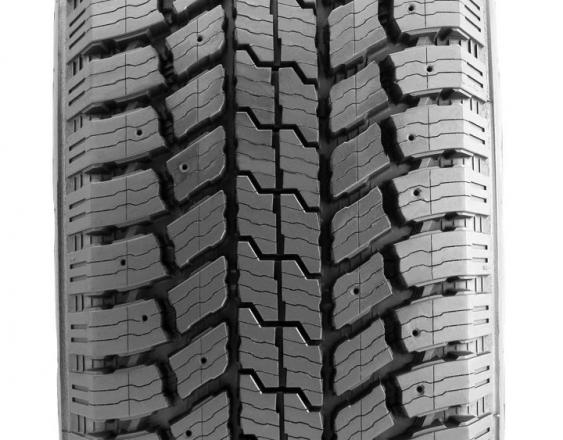 The General GRABBER Arctic LT is a winter light truck tire with a winter tread compound and molded with holes for snow studs, should an owner decide to run studs. Generally, studded winter tires have a harder compound than studless winter tires. One reason for this is to keep the studs from squirming out of the tire. 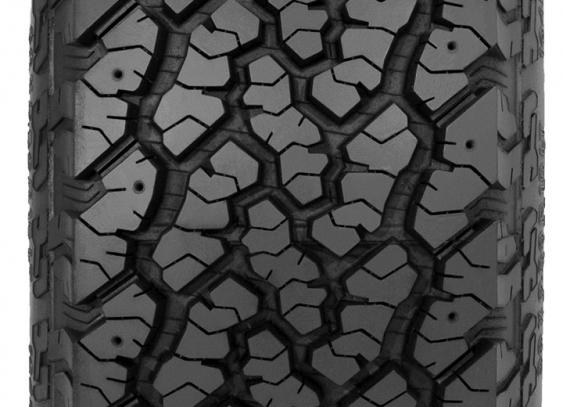 The Grabber AT2 is an all-terrain (and therefore all-season) tire that is designed to be studable if the owner should desire to add studs. It incorporates a larger tread depth than most other all-terrain tires at 21/32ths and has a pattern that works well in dry & dry weather. Due to its all-season rating, the tire’s compound is usable in both cold and hot temperatures, but does not excel in snow (without studs) like a winter-specific tire would. 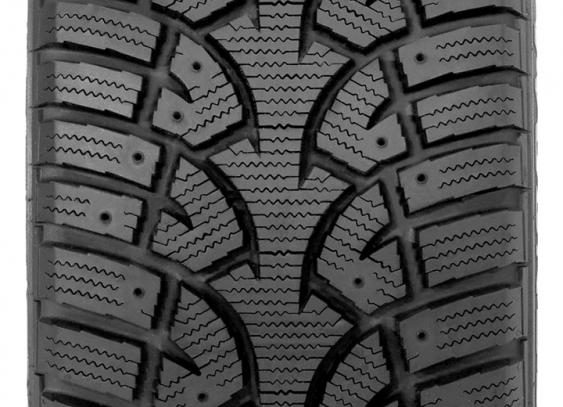 The AltiMAX Arctic is a winter-specific passenger-car tire with lots of siping built into the all-weather dual tread compound made specifically to offer high levels of traction at low temperatures. 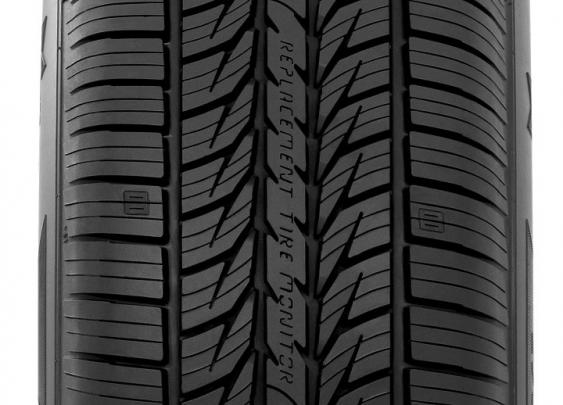 The General AltiMAX RT43 is a good example of an all-season passenger car tire designed for good wet and dry traction, but not necessarily with a tread compound that is ideal for cold-weather use.

Jeep Jamboree USA puts the GrabberTM X3 to the test!