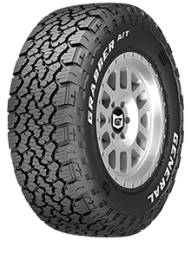 Daily Driver
2008 Toyota Landcruiser
Pre-event ritual
Crank up the music!
If I wasn't an athlete
I'd be bored.
How I got started
'Driving' at age 5. Jumping into my first long distance race in Morocco for the first time at 28 years old.
On my day off
Skiing with our kids, binging Netflix, eating awesome food.
My ideal roadtrip would be
Driving/Overlanding the West Coast starting in North Washington and ending in Cabo San Lucas.
General Tire of choice
Grabber A/TX