I have a Polaris RZR at home and some of the most fun weekends I've had with family and friends have been ripping RZRs around," said Foust. "I've wanted to do the Mint 400 for years and the RZR makes legendary races like this so accessible! It's a great opportunity and I'm very thankful to Polaris, Jim and Jolene for inviting me to compete."

Foust is an innovator behind the wheel who often finds himself on the vanguard of emerging motorsport trends. He was the first American ever to seriously race rallycross in Europe, before the format was adopted in the United States. He's also a key figure in the development of the sport of drifting, and a multi-time X Games Rally winner. Foust says he's excited to break ground again in the Polaris RZR Star Car.

"I've been fortunate enough to drive the Baja 1,000 and sample short course truck racing in various vehicles over the years," said Foust. "I can't wait to tackle a race as epic as the Mint 400 in the Polaris RZR Star Car."

In addition to his racing successes, Foust has held multiple world records, including for the astonishing Hot Wheels Double Loop Dare, which saw Foust drive a car through a 66-foot loop-the-loop. He scored the indoor speed record for TV's Top Gear USA, and set a distance jump record with Hot Wheels when he made a 332' ramp-to-ramp leap in a truck at the Indy 500.

"We're thrilled to have a driver as accomplished as Foust joining us for the first race of the Polaris RZR Star Car this season," said Matt Boone, Polaris RZR Marketing Manager. "This is a driver who excels at everything he does, and we're proud to have him on our team for the Mint 400."


Foust joins racing radio host Beaver and action sport star Van Vugt to make a stacked three-driver roster for the Las Vegas Race. The blue and white vehicle is being unveiled for the first time today. 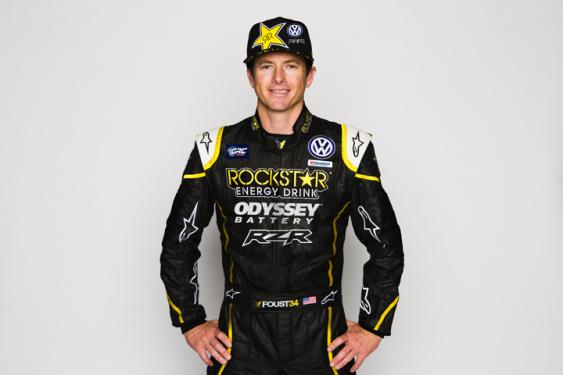 Tanner Foust (above), Jim Beaver and Jolene Van Vugt to tackle the 2017 Mint 400 this weekend in the new Polaris RZR Star Car. 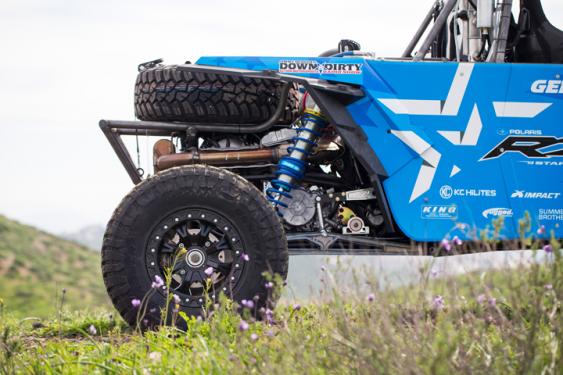 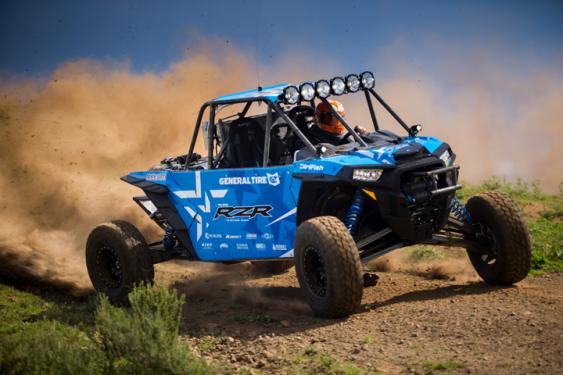 In addition to the Mint 400, the Polaris RZR Star Car will appear with celebrity guest drivers at three additional motorsport weekends this year:


Guest star drivers for these races will be announced leading up to the events.

The team's participation in the four select Best in the Desert races will be documented in a series of online videos released throughout the season. Follow the Polaris RZR Star Car this season on Facebook, Instagram and Twitter at @PolarisRZR, and by using the hashtag #RZRStarCar and #RZRLife. Find Jim Beaver's Down & Dirty Radio Show online at www.downanddirtyshow.com and through all podcasting channels.

Tanner Foust is a versatile and multi-talented driver known for his supreme car control and a proven track record of podium placements, national championships and world records. He is a three-time U.S. rallycross champion (2012, 2011, 2010) who has also won four X Games gold medals (2013, 2010, 2007), and two Formula Drift championships (2008, 2007). He has held multiple world records, while his varied race experience also includes multiple years of open wheel competition, the Pikes Peak Hill Climb, rally racing, various types of sports car racing and the SCORE Baja. When he isn't racing, the professional driver also performs in films and on television as a stunt driver and host.

Jolene Van Vugt is one of the most accomplished female athletes in action sports today. The first female to backflip a full-sized dirt bike, she holds multiple Guinness World Records. A Canadian originally from London, Ont., Canada, Van Vugt has earned multiple championship titles, including becoming the first-ever Women's Canadian Motocross National Champion. She also has a starring role in many motocross and stunt videos, including the Nitro Circus series of videos and shows. Recently, she has shifted focus to racing side-by-sides in the Terracross Championship, and working in the television and film industry as a stunt performer.

The RZR Star Car is supported by: