When off-road desert racing was in its infancy, drivers bought a stock truck, doubled up on shocks, donned a helmet and were on their way. As those early pioneers made improvements, off-road vehicles became more specialized and required more time and money. Today, it’s common knowledge that if you want to compete with the off-road racing elite in the upper classes, you have to pay to play. The telltale saying about racing economics and the prospect of raking in money as an off-road racer is “Sure, you can become a millionaire, but first you have to start off as a billionaire.”

“From the beginning, we learned that we could compete if we could do everything ourselves,” says Don Chase, founder of off-road desert racing team Chase Motorsports. The team races in the highest level of buggy class - open wheel Unlimited Class 1 – and their biggest sponsors are General Tire, Method Wheels, KC HiLiTES and King Shocks. Steadily moving up through the ranks, the team has worked with professional seasoned drivers, rotated drivers and moved into a bigger car, but the one constant through the years has been their decidedly DIY approach.

Chase Motorsports is the moonlighting venture of the Glendale, California-based Muir-Chase Plumbing Co. Don Chase and his son Travis are the main fixtures of what’s described as both a business and a hobby. They have one paid full-time employee and 8-10 people helping them perform vehicle prep and providing them with race pit support work on a volunteer basis.

In 1983, Don and his best man at his wedding, Bob Stockton, started playing in the desert with cars and began desert racing together. They built their first car, including motor and transmission and Bob was bitten by the race bug. Travis first raced in the M.O.R.E. Toys for Tots 200 in Barstow in 2005. Competing in a single seat Chenowth 1600 that had sat dormant for a decade, Travis earned an encouraging 8th place finish in a field of about 35. “In my first race, I had to do some MacGyver stuff when we were out there to fix a cracked fuel line and a few other things,” laughs Travis.

Fast forward to 2009, when Don and his son began racing together. “I concluded that to race M.O.R.E., we either had to lose weight or get a car with more power and we opted for the latter,” says Don. Their motto has always been “Family first, racing second,” and both of their wives understand their intense desire to compete. Don’s wife Sandy and Travis’ wife Andrea make it out to most of the races and help the team’s cause at a grassroots level. In another nod to their DIY approach, Betsy makes lunch bags for the crew and team and she embroiders sweatshirts, blankets and hats.

With the 1-2 punch of Don starting then Travis finishing the race, they won the M.O.R.E. Class 1 championship in 2009.

Their hard work and dedication continued to pay off and the team gained traction in the harsh world of desert racing. In 2010, Chase Motorsports graduated to Best in the Desert with greater car counts, longer and more challenging races and stiffer competition. By the end of the year when the dust had settled, they finished third overall in total points and won Best in the Desert’s Rookie of the Year honors.

The following year the team bought a bigger Class 1 car that was 800 lbs. heavier than their smaller one. It has a longer wheelbase, longer arms and bigger tubing, but the added weight has meant chasing added issues. “Chase Motorsports is a real mom and pop outfit and we do the fabrication and most of the repair work ourselves,” points out Travis. In 2012, they raced the SCORE Baja 1000 in Class 1 and finished, taking 7th place in a field of about 25. But more car and bigger competition has meant putting in more time and resources, and podiums have proven to be more elusive.

In 2014, the team enlisted Mike Childress as their dedicated driver. Third cousin to renowned NASCAR racer Richard Childress, Mike had a reputation as an accomplished motorcycle rider. His ES Motorsports/Porter desert racecar had the same chassis as Chase’s and it seemed like a good fit. But Chase wasn’t able to get the race results they were aiming for and the team shifted their focus back to Travis as the main driver.

Competing in multiple desert races last year, they feel like they were in the hunt in every one. Travis raced the Mint 400 in March, 2015 in their big car, but had a flat tire. “The Mint 400 has been my nemesis and I hadn’t finished it until I did in 2015,” he says. He was leading the Baja 500 until the car suffered from a cracked waterbox, which receives water from the radiator and distributes it to the heads on the motor.

After a challenging run at 2015’s Vegs 2 Reno race, the team resolved to get back to basics. “Now we’re trying to be more meticulous in prep, get more testing time in and get back to having fun,” says Don. Pictures and videos of their desert racing exploits can be found on Instagram at instagram.com/chase_motorsports. Additionally, Chase Motorsports is creating an apprenticeship program so their volunteer support workers will own a specific part of the chassis inside and out and be able to fully focus on it.

Don describes going into the fabrication shop as a release from the daily grind of running a plumbing business. One of the things he likes about racing is there’s a finish line, whereas in day-to-day business obstacles keep coming at you. Acting as crew chief and driving simultaneously has been another trial for Don and the team. “Still, we realize how fortunate we are to finish every mile of every race,” he says. But now the goal is to grow the program and take the Chase Motorsports team to the next level. That could be winning a Best in the Desert V2R, the Baja 1000 or the Mint 400.

At the recent Mint 400, Travis’ 1595 car had a disappointing run in the Unlimited Class 1. Though he didn’t finish, the team remains undeterred and focused on kicking things up a notch. “We’re doing something most fathers and sons don’t get to do,” Don beams. And the best part is they’re doing the lion’s share of it themselves.

David Beran is a Copywriter at 4 Wheel Parts 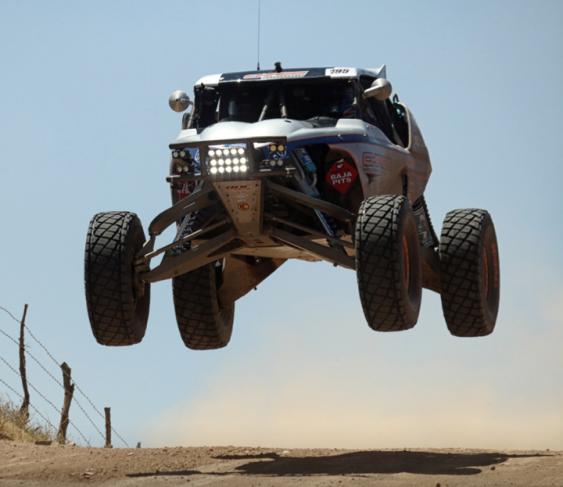 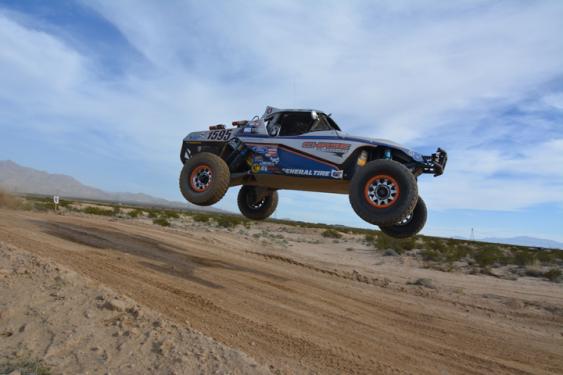 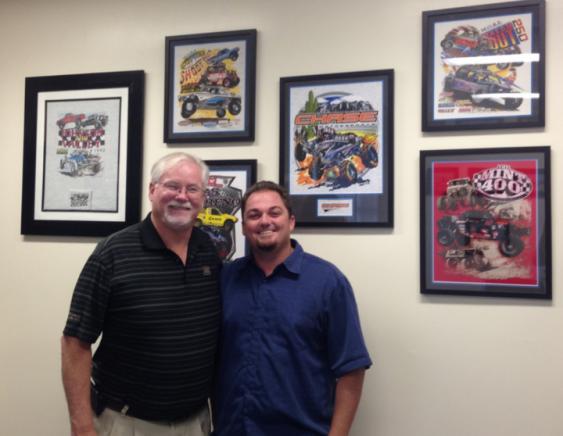 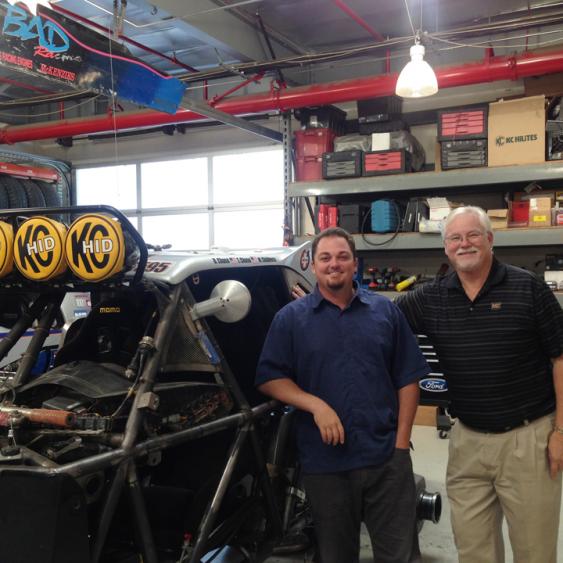 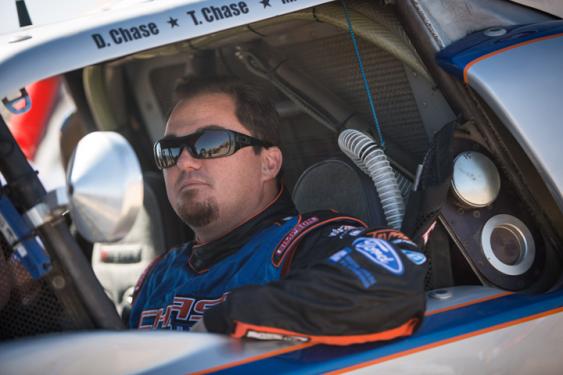