The ARCA Menards Series returns to action at Daytona International Speedway, this Saturday, Feb. 13 for the Lucas Oil 200 Driven by General Tire.

The tradition of starting the ARCA Menards Series season at the World Center of Racing continues for the 42nd consecutive year, but for the first time, the season-opener in 2021 will run the day before the Daytona 500 as part of a Saturday doubleheader with the NASCAR Xfinity Series.

The season-opener at Daytona represents the debuts for multiple drivers in new rides, while some familiar faces return with the same teams and cars they raced last season. While Daytona draws a field of 34 drivers looking to win one of the most sought-after trophies of the season, several drivers on the entry list are poised to make runs at the full 2021 ARCA Menards Series championship.

The Lucas Oil 200 Driven by General Tire at Daytona International Speedway is scheduled for Saturday, Feb. 13, with a start time of 1:30 p.m. ET.

The race will broadcast live on FS1. 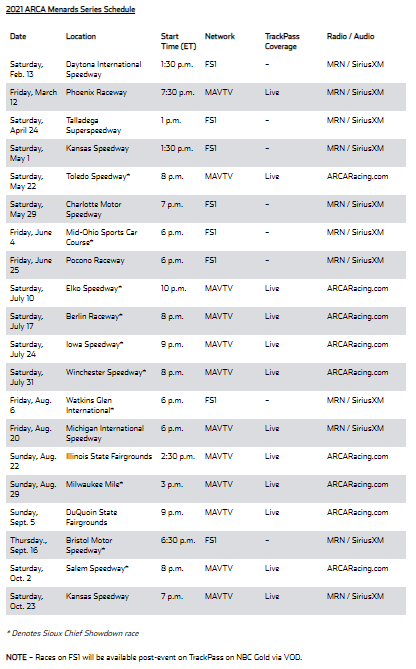 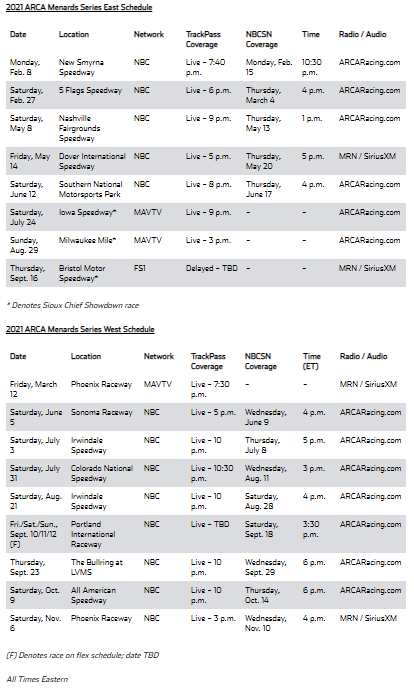