Jerett Brooks won the 2019 Lucas Oil Off Road Racing Series (LOORRS) Pro 2 Championship by way of 4 wins and emerging as the quintessential driver to beat in the category. After an uncertain delay to the start of the 2020 season, short course racing has returned. Jerett Brooks made a significant statement, backing up the 2019 championship by sweeping Rounds 1 & 2 with two wins and two Optima Batteries Fastest Lap Awards! 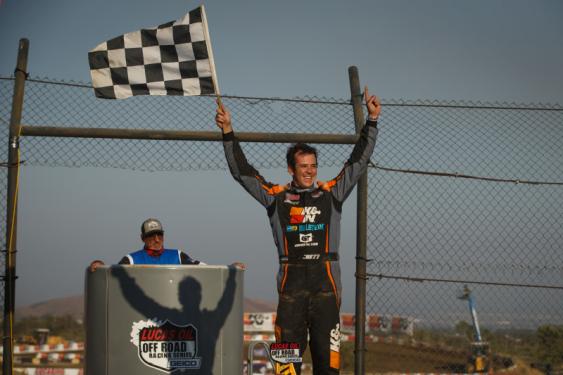 "What a weekend!" Jerett declared. "We capped it off with a sweep. These are two big wins and the best way to start the season. I am super thankful to my team for giving me such a fast truck. I could not do it without the support of my family, friends, fans and partners." A new addition to Brooks program this season is K&N Filters came on board in a big way as a title sponsor to the #77 Pro 2. "I am excited to be back racing this year and very thankful for our great partners!" stated Jerett. 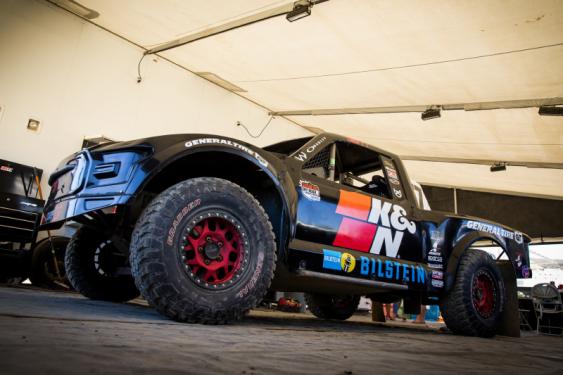 LOORRS Rounds 1 & 2 of the Optima Batteries SoCal Shootout Presented By K&N Filters took place at Glen Helen Raceway in San Bernardino, California. The weather was prime and the competitors were anxious to get back into the routine. For Round 1, Jerett would start on the second row on the outside in 4th position next to RJ Anderson in 3rd. Brian Deegan and Ricky Gutierrez would begin on the front row.

On the 1st lap, Brooks steered the #77 K&N Filters / Bilstein / General Tire Truck intently and settled in. With eyes up and looking to make some moves, Jerett began to dice it up and challenge RJ Anderson. On Lap 3, Brooks set him up and secured 3rd place and then moved on Deegan for 2nd all on the same lap. It appeared as if Jerett had shaken off the rust and found his groove. 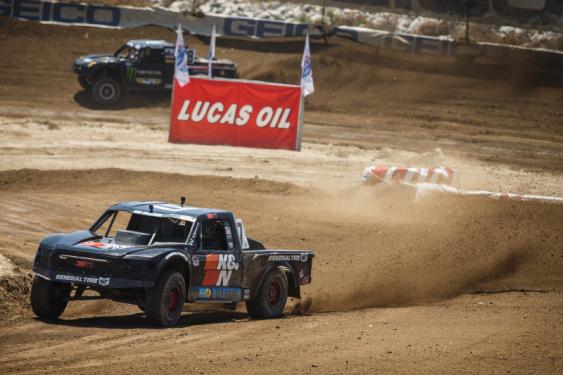 Now with the target set on the top position, Brooks began hunting Gutierrez. On Lap 5, Jerett started the setup for a pass in Turn 2 and then captured the lead with a textbook inside move in Turn 3. With Brooks now leading the race, a caution flag came out on Lap 7 to collect a truck off the track. The race restarted, and #77 Pro 2 charged on to the finish unchallenged for the win and the Optima Batteries Fastest Lap Award. 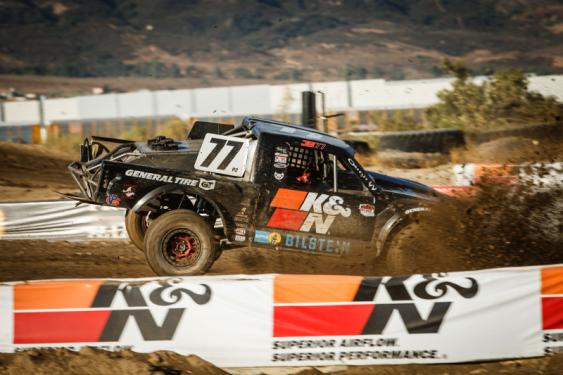 Jerett explained what it took to get back on top of the podium, "I hired on Tanner Stevens this year and my right-hand guy Nick has been with me for years. We put in a lot of work in the offseason. We came out here and were struggling for practice yesterday. I did not feel comfortable at all. Today I came out and just put it down. I got out front and put it on cruise control. Once in the lead, I was totally in my comfort zone and just put in laps.” 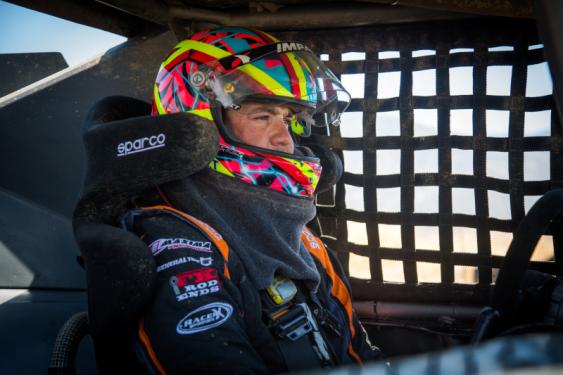 Jerett continued the positive flow into the weekend. For Round 2, Brooks would start on the front row in 2nd on the outside next to Ryan Beat. The race would start clean with the two former Pro Lite Champions pushing ahead from the rest of the field and clicking off eight clean laps till the Competition Caution. On the restart, Brooks would narrow the lead under Beat and eventually overtake the lead and hold it down for the remainder of the race. Brooks picked up the win and another Optima Batteries Fastest Lap award with the quickest lap time of 52.60. 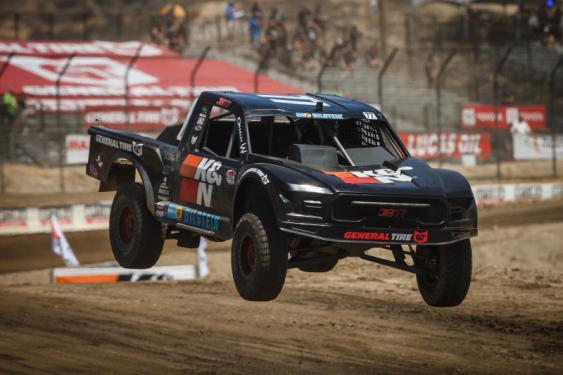 Jerett Brooks start to the 2020 season was fantastic and hopefully, an indication of the continued success. Brooks is aiming for another Pro 2 championship and the back-to-back wins early on the series should serve his efforts well. Additionally, Jerett is nearing completion of a brand-new state of the art Pro 2 built out of his home race shop. "I am so stoked on this truck and excited to show you it all very soon, stay tuned for the release!"

Jerett now heads back to the shop and completes final touches on the new Pro 2 build before heading to Rounds 3, 4 & 5 of the Lucas Oil Off Road Racing Series at Lucas Oil Speedway in Wheatland, Missouri on August 21st-23rd. You won't wanna miss it!

Road Tripping with a Family