It’s been almost eight weeks since General Tire kicked off its inaugural racing season at Daytona as the Official Tire of the ARCA Racing Series presented by Menards. Now that the confetti has settled, it’s time to buckle up and get into full race mode. This week’s Music City 200 at Fairgrounds Speedway Nashville, the nation’s second oldest race facility in continuous use, will be the start of the “real” racing season for both the teams and the tire manufacturer. It begins a consistent monthly stretch of races on the schedule that will last through the remainder of the season.

“We were extremely pleased with the performance of the General Tire superspeedway radial at Daytona, and all the testing results to date give us tremendous confidence in the short track radial design General Tire will bring to the Nashville Fairgrounds,” said ARCA President Ron Drager. “From the manufacturing process to the trackside technical service through the race event itself we appreciate the dedication and attention to detail from our race tire partner. In addition, the marketing and publicity support from General Tire will be a great boost in growing the popularity of the ARCA Racing Series presented by Menards in 2016 and beyond. Perhaps some of that has already been seen as Daytona scored 1,062,000 viewers on FS1 which was a 16% increase over 2015.”

Travis Roffler, director of marketing for General Tire, was encouraged from the strong start at Daytona and looks forward to the rest of the 2016 season.

“Daytona was an amazing start to our season,” said Roffler. “We now look forward to getting into the real heart of the ARCA race schedule. These next couple of legendary short tracks will provide thrilling action that will keep the fans on the edge of their seats. We’re confident that our short track radials will stand up to the grueling conditions these drivers will put them under.”

To prepare for Nashville and its 18 degree banking, several teams recently turned laps at the legendary track to test set-ups on the newer composite bodied cars and to get a first look at the short track radial by General Tire. 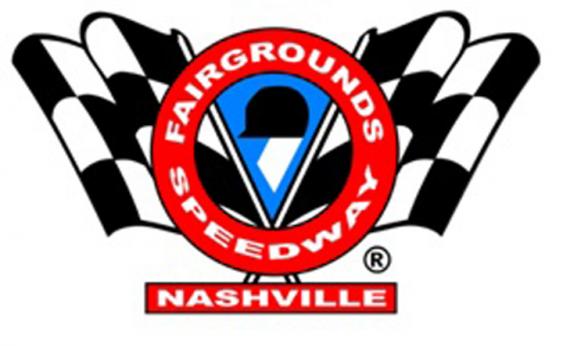 Donnie Richeson, crew chief on the No. 52 Ansell-Menards Toyota driven by Matt Kurzejewski, has a long history at the Fairgrounds.

“I always look forward to that race just because it’s close to home and I grew up doing lots of racing there as a young kid,” Richeson said. “The pavement’s got some wear and tear on it and it will put some wear and tear on your tires. From what we saw (from the test) we were really happy with the tire wear and the performance of the tire. It’s going to take a set up that lets the tire live long term. The tires certainly see their fair share of abuse there, but the guy who works on that and keeps the tire management in mind is the guy who’s going to win the race.

Saturday will be the first time that Ken Schrader Racing’s Matt Kurzejewski has competed at the Fairgrounds Speedway and he has already learned a couple vital facts that will be key in doing well on a surface that was last repaved in 1996.

“I like it,” Kurzejewski said. “Patience, finesse and tire management will win the race. We were very fast and consistent (at the test) and I’m excited to go back.”

Another driver new to both the ARCA series and the .596 mile Nashville Fairgrounds oval is Cunningham Motorsports’ Chase Briscoe.

“I can't wait to get to Nashville and race,” Briscoe said. “General Tire is bringing us a fantastic tire that will produce some awesome racing, the fans are definitely going to get their money's worth. “We tested a few weeks ago and really felt confident with what we are bringing to the track and feel like we are one of the cars to beat. I was very pleased with how much grip our General Tires had all day long."

General Tire will have 225 right side code 44 tires and 225 left side code 27 tires ready for action Saturday. Unlike the speedway radials, no inner liners are used with the short track radial tires. ARCA will allow a total of 10 tires to be used during this race that include the four tires on the car and another six on pit road.

To learn more about General Tire, please visit GeneralTire.com. To join our conversation on social media, follow us @GeneralTire and use #AnywhereIsPossible.